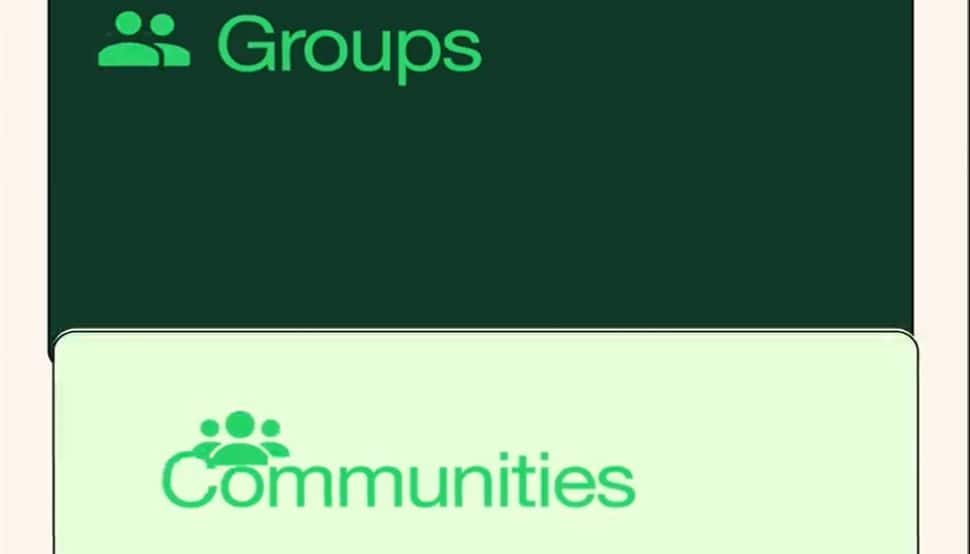 WhatsApp Community vs Group: WhatsApp has recently rolled out a WhatsApp community besides increasing the number of participants in a group to 1024. However, the community feature led to a lot of confusion as most of the users were unable to draw a line between the two features. So, WhatsApp came out with an explanation differentiating between the Community and Group. WhatsApp, owned by Meta, while launching the community feature had said that users will be able to club up to 20 WhatsApp groups together to form a community. Since the feature is not available to Indians, the confusion around the feature continues. So, here’s an explainer to help you find out – What is the difference between a WhatsApp group and a Community?

Suppose, you live in a society where there may be various groups – one of the RWA, another of dog lovers, a social service group by women etc. So, when you want to send a new year party invite to the residents, to help you avoid sharing messages in multiple groups, WhatsApp has brought in communities. In a community, you can add all these groups and when you share the message, it will be received by all members. Communities are designed to integrate multiple related groups within bigger organizations of people, such as a neighbourhood or a workplace.

The WhatsApp group allows users to have everyone join a single conversation and helps to connect with family and friends, whereas Communities helps to bring all related groups into one place, connect with schools, neighbourhoods, camps and more, and keep everyone in the loop with the announcement group. So simply put, a group is a forum of individuals while a community is a group of groups.

It is something like Slack or Discord, but with a WhatsApp spin (including end-to-end encrypted messages), and admins can share updates with an entire community through an announcements channel.

Now admins can bring related groups together in one place to keep conversations organized.

Communities were first tested by the company in April and are now being rolled out to everyone, reported The Verge. A few new features that Meta is providing could enhance daily communications. The use of new in-chat polls could be beneficial for choosing a meeting time or a movie to watch.